The History of Bhakti 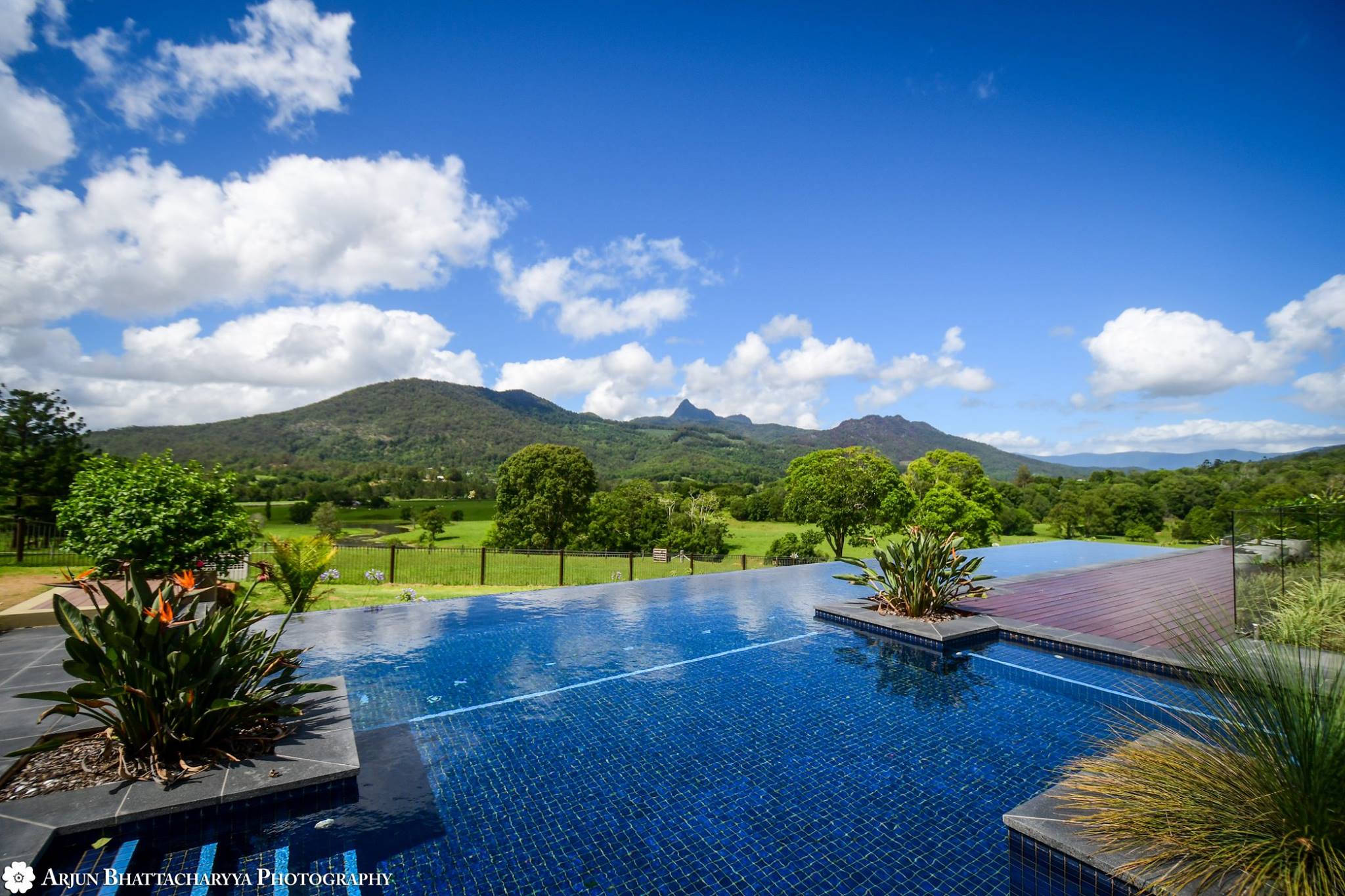 As Europe had a Renaissance period, India did also. It was called the “Bhakti Movement.” The Bhakti Movement refers to the period of time from the sixth to the sixteenth centuries when traveling saint-minstrels brought sacred songs out of the temples and monasteries to the commoners on the continent.

However, the history of Bhakti predates the sixth century by thousands of years. Scholars don’t agree on the dates of the Bhakti texts Bhagavad Gita and Bhagavat Purana, but the books themselves say they are 5,000 years old.

In the Gita, Sri Krishna says he first spoke the knowledge of the Gita to the planetary ruler known as the Sun god at the time of creation. In the Bhagavat Purana there is a reference that its knowledge was given by Sri Krishna to the secondary universal creator, Brahma. By these accounts, Bhakti is older than the world because it has descended into this world through the creator.

But when someone asks about the history of Bhakti, they’re usually asking about the Bhakti Movement, which was a significant event in Indian history and is still within the collective memory of modern-day society. For almost ten centuries, India experienced a spiritual renaissance that was spearheaded by kirtan, the core practice of Bhakti yoga.

Musical kirtan achieved prominence in the 6th century in South India, and gained momentum through the 16th century, spreading northward and garlanding all of India with mantras accompanied by music.

Around the 6th century the Alwar saint-poets of South India broke from institutionalized religious conventions. They revitalized the Bhakti tradition by demonstrating the vibrant life of a mystic’s direct experience of the Divine.

The Alwars wandered to temples and towns singing their hymns of love for Vishnu and Krishna. Though Bhakti was certainly present in the ancient tradition preceding them, it was somewhat obscured until these saints’ example showed the joy of passionate devotion. Almost simultaneously, in another area of India, devotee-saints of Shiva, known as the Nayanars, added to the fervor growing in the South.

The Alwars and Nayanars initiated the Bhakti revival movement that challenged caste hierarchy, empty ritual, blind faith, and the notion that an ascetic lifestyle (a mostly male enterprise) was the only way of attaining spiritual perfection.

By singing in their local language – as opposed to Sanskrit, which was the language used for religious ceremonies and heady philosophical discussion – they gave voice to the disenfranchised. Their messages sought universal brotherhood and religious tolerance and inclusion.

Sanskritist V. Raghavan says that Bhakti is “a democratic doctrine which consolidates all people without distinction of caste, community, nationality, or sex.”

The saint-poets proved, through their kirtan and personal examples, that everyone has equal access to the Divine. They encouraged social reform, service, and charity. Bhakti naturally encourages sacred activism because of its proposal to engage in the world with compassion and a detached, service attitude while communing directly with the Supreme.

The universal appeal and practical application of Bhakti was thus sparked, and the poem-songs of these saints, the essence of which is seen in modern kirtan, spread so powerfully that it drowned out other messages and changed the face of South Asian history.

In his essay “The Nature and History of Hinduism,” published in The Religion of Hindus, D. S. Sarma writes, “Beside their flaming devotion to God, their utter humility and self-surrender, and the joyousness of their religious experience, the atheistic creeds of Buddhism and Jainism shrank into cold and repulsive systems of self-torture. It has been truly said that the Alwars and Nayanars sang Buddhism and Jainism out of southern India.”

Tulsidas, Ramananda, Surdas, Tukaram, Mirabai, Guru Nanak, Namdev, Narottama, Bhaktivinoda Thakura and others further contributed to Bhakti poetry and song, and their influence reached out and touched those outside the kirtan traditions, a notable example being Kabir, born in a Muslim family.

The goal of these poets’ music was to produce a mystical love for our Divine Friend, a spiritual emotion that would lead the participants to liberation by gradually – and fully – absorbing the mind and heart in feelings for the Supreme. While accomplishing this elevated task, the music of kirtan also made life an enjoyable experience. It’s no wonder that the kirtan of these saints affected people so deeply. 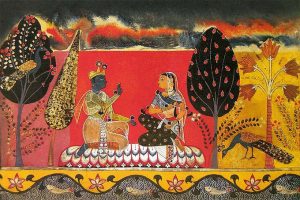 Especially noteworthy was Jayadeva, a poetic genius, whose epic poem Gita-Govinda, about the love of Radha and Krishna, set a new standard for poetry and kirtan, as well as Hindustani and Carnatic classical music. The poem inspired countless works of drama, painting, sculpture, music, and other art forms.

Not only is the Gita-Govinda considered the finest example of Sanskrit poetry, but the poem also astounds the theological world with the revelation that Krishna (the Supreme Person) subordinates himself to love.

Krishna is conquered and completely controlled by Radha’s pure love. She is his counterwhole, the feminine aspect of the Absolute and the full embodiment of divine love. Radha demonstrates love’s ability to conquer the unconquerable, and by her example, invites us into the dance of divine love.

Sri Chaitanya (whom we first heard about in “The Supreme According to the Mystics & Major Traditions” and were again introduced to him in “Who is the Father of Kirtan”) was preoccupied with devotion to Radha and Krishna. Among all the saints of the Bhakti renaissance, Sri Chaitanya’s devotional ecstasies were unparalleled. Christian theologian John Moffit wrote, “Of all the saints in recorded history, East or West, he seems to me the supreme example of a soul carried away on a tide of ecstatic love of God.” 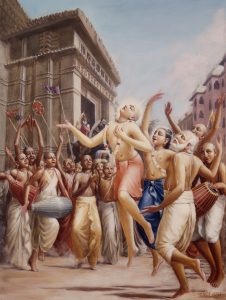 Sri Chaitanya’s kirtans were unlike all others, as he brought kirtan to the public as no other Bhakti revivalist did, with thousands following him. His kirtan was upliftment for the masses and brought a revival to the Bhakti renaissance movement.

In a summary of the book History of Bangla Kirtan, by Hites Rajan Sanyal, Narasingha Sil writes, “Above all [the saint-poets of the Bhakti movement], Chaitanya emerged as the leader of Bhakti-dharma and the greatest proponent and popularizer of samkirtan.”

Sri Chaitanya’s kirtan, which was unlike the kirtan of other saints of the Bhakti Revival Movement, is the forerunner to modern-day kirtan.

Who Are the Founders of Bhakti?

Bhakti is described by Sri Krishna in the Bhagavad Gita. He says that Bhakti is eternal and that he originally imparted knowledge about it eons ago at the beginning of this creation cycle.

The knowledge of Bhakti and how to cultivate it has been handed down in a succession of teachers. So the question, Who are the founders of Bhakti is not quite the right question.

Bhakti is eternal stemming from the heart of the Absolute himself, and the knowledge of Bhakti is handed down from Sri Krishna through teachers throughout the ages.

There are currently five Bhakti schools. These schools are technically known as Vaishnavism or Bhakti Vedanta schools. The schools are monotheistic and agree on these foundational premises:

These are the founders and the name of the five schools:

Sri Chaitanya’s school is the most prominent and active.

Through the work of the modern-day Bhakti emissary A. C. Bhaktivedanta Swami Prabhupada, who brought Bhakti to the West in 1965, all these schools were reinvigorated, and they now have gained the attention of scholars and spiritual seekers worldwide.

Prior to this introduction of Bhakti to the West, Occidental scholars and philosophers thought that the Adwaita Vedanta school – which proposes an impersonal It as the ultimate Reality – represented the paradigmatic example of Hindu spirituality.

Now we have learned that the Adwaitin thought is not the sole perennial philosophy of ancient Vedanta, nor is it Vedanta’s primary conclusion. Rather there are five Bhakti Vedanta schools and one Adwaita Vedanta school. 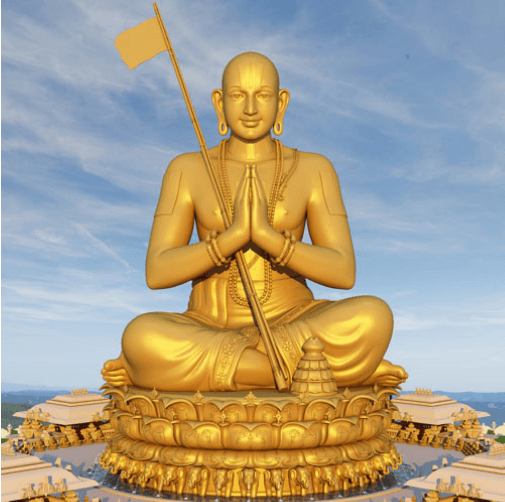 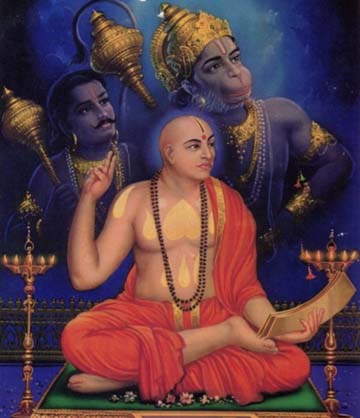 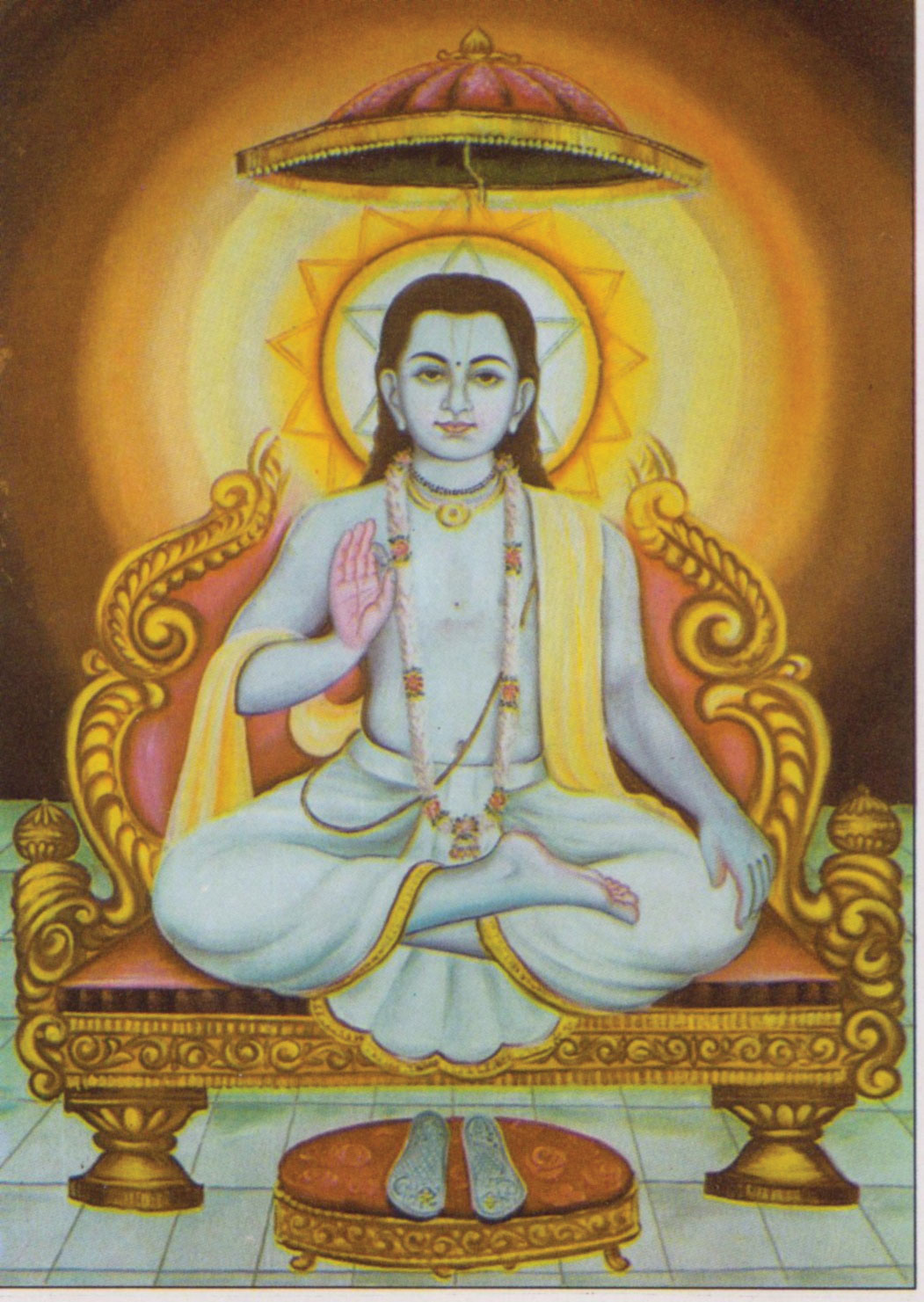 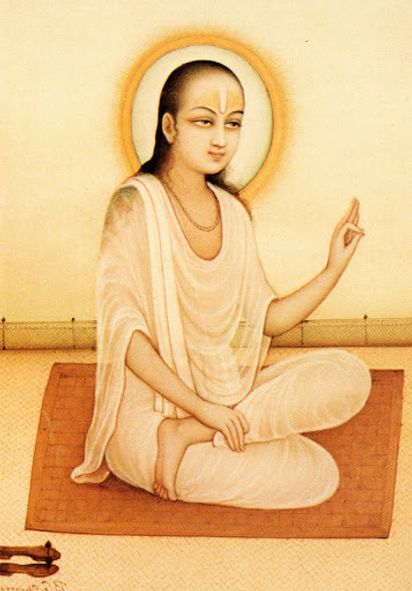 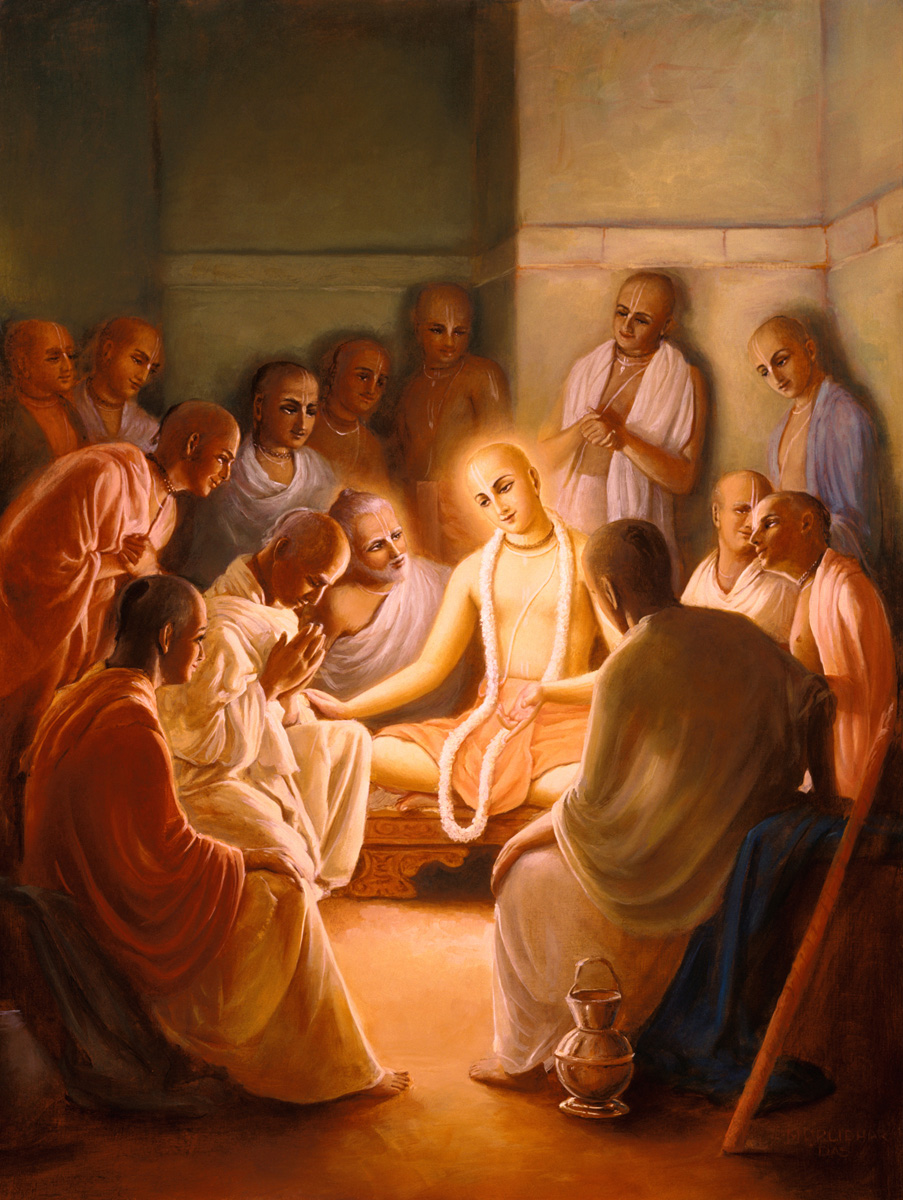 Sri Chaitanya’s school is the most prominent and active.

Through the work of the modern-day Bhakti emissary A. C. Bhaktivedanta Swami Prabhupada, who brought Bhakti to the West in 1965, all these schools were reinvigorated, and they now have gained the attention of scholars and spiritual seekers worldwide. 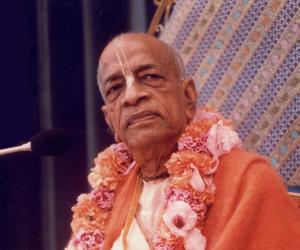 Prior to this introduction of Bhakti to the West, Occidental scholars and philosophers thought that the Adwaita Vedanta school – which proposes an impersonal Oneness as the ultimate Reality – represented the paradigmatic example of Hindu spirituality.

Now we have learned that the Adwaitin thought is not the sole perennial philosophy of ancient Vedanta, nor is it Vedanta’s primary conclusion.