What Are the Types of Bhakti ? 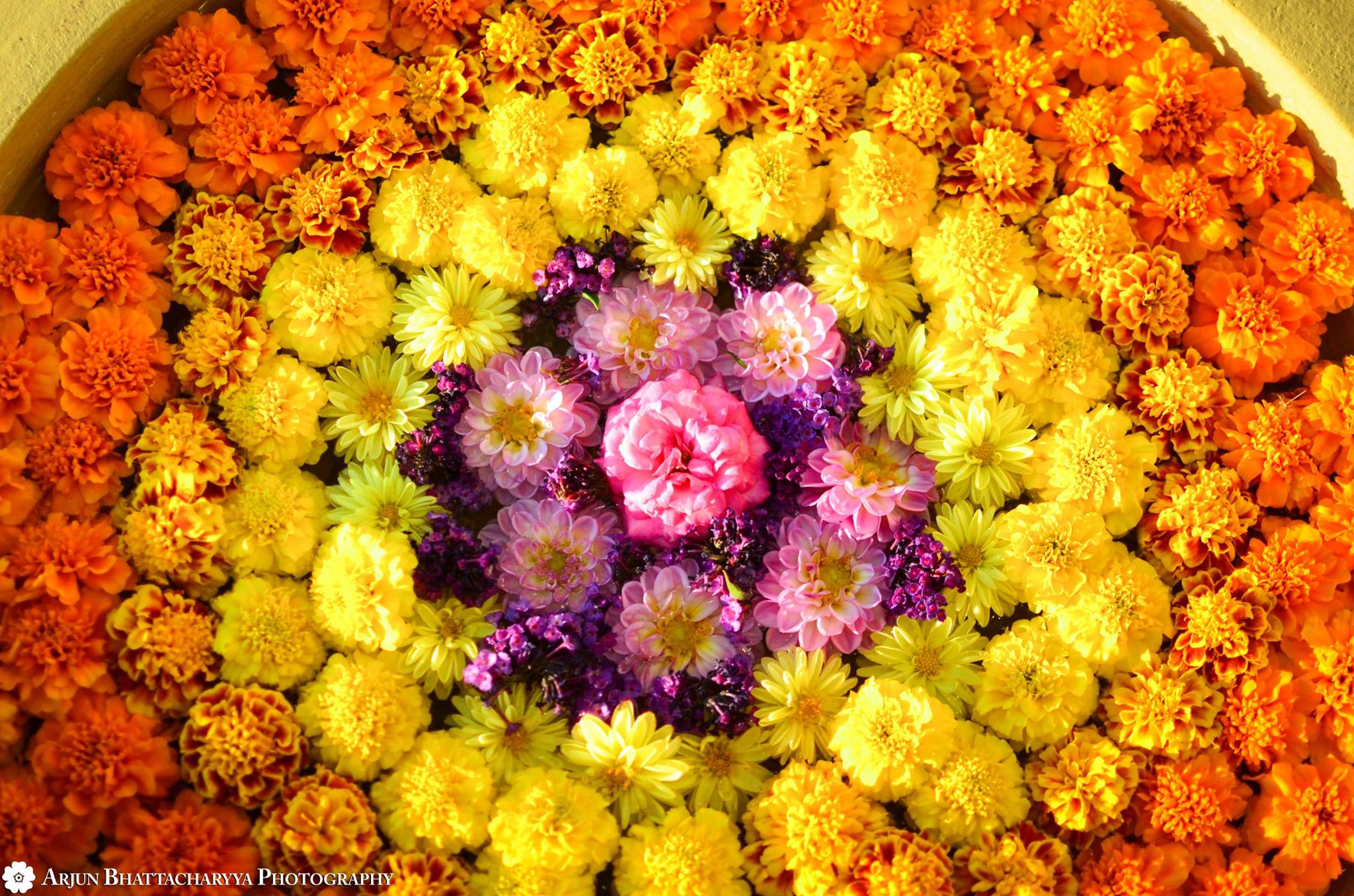 As we described in What is Bhakti?, the word Bhakti is used in several ways to refer to:

Generally a question about the types of Bhakti arises because

It’s probably evident how borrowing parts of the Bhakti path into one that doesn’t have the aim of achieving Bhakti could create some confusion about Bhakti in the yoga world. It’s a topic for another book, but we can answer the question What are the Types of Bhakti? To do so, let’s quickly restate the definition of Bhakti and explain how it becomes mixed. It is the inadvertent or conscious mixing of impurities with Bhakti that creates different types of Bhakti.

Bhakti is divine love. This love is an eternal spiritual energy that sustains the spiritual realm. It reaches us in this world through an emissary who is a vessel of that love and transfers it into our hearts.

Bhakti is free from all material qualities – or the contamination of the gunas, karma, and time – and thus it is purely spiritual.

This pure spiritual energy is of one type; the essence of spirit is love. In this way, there is only one type of Bhakti. It is love as a state of being.

Now, to attain that state of being in relationship with our Divine Beloved and receive the spiritual identity and body that is suitable for residing in the spiritual world, a practitioner takes up a Bhakti practice.

Before the practitioner is completely pure in heart they are influenced by one of the modes of material nature. Thus the Bhakti of someone still under the spell of passion (rajas) will be mixed, or impure.

When Bhakti is mixed with one of these modes of nature it is known as mixed Bhakti, or impure Bhakti.

For instance, Bhakti practices performed with the desire (gross or subtle) to attain material things and benefits is Bhakti tinged with rajas (confusion, passion) or tamas (darkness, inertia).

Bhakti practices used to attain a spiritual goal that aims to merge into impersonal Oneness is Bhakti mixed with sattva (illumination, goodness).

Another way Bhakti becomes mixed is when we have ulterior motives. We practice Bhakti not with the aim of Bhakti but to achieve either bhukti (material desires) or mukti (freedom from material desires).

When Bhakti is mixed it doesn’t manifest its full eternal nature. That means the confidential gem of divine love remains hidden.

“The highest category of Bhakti is that which exclusively pleases Krishna and is devoid of any desire apart from his service. It is not covered by the action of daily or customary duties (karma), by the knowledge that searches for the nonpersonal aspect of the Absolute (jnana), or by the meditational attempt to become one with the Supreme.”

To define the characteristics of pure Bhakti, Rupa Goswami uses words and phrases like “friendly,” “favorable,” “without selfish desires or ulterior motives,” and “perpetual, ardent endeavor.”

Our love for our Divine Friend will be favorable, friendly, selfless, unmotivated, and constant. Our attention and affection will be single-hearted and one-pointed. These sentiments and the actions they give rise to, when expressed in relation to the Supreme Person, transform into resolute spiritual emotions and spiritualize our body, mind, and senses.

When our culture of Bhakti becomes continuous and fully mature, love condenses into  divine love and we’re transported, even before death, to the homeland of consciousness.

In summary, real Bhakti, or the highest Bhakti, is unadulterated, loving responsiveness to the Supreme Person expressed through the faculties of body, mind, and speech. 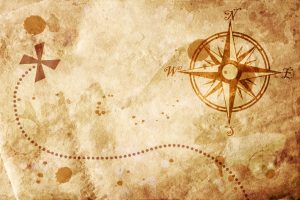 Bhakti and the Other Yogas

We spoke about Bhakti and the relationship with the other yogas in “Bhakti Yoga in the Bhagavad Gita.” There we learned that Bhakti is known as the heart and soul of yoga because no other yoga process can be efficacious unless some Bhakti is employed. To be clear, ashtanga, jnana, or karma yogas cannot deliver the fruits of their practice without some involvement with Bhakti. This is so because Bhakti is directly a spiritual energy, not just a method, or material means, for controlling the mind and body.

To demonstrate the position of Bhakti, Sri Chaitanya relayed the following allegory. An astrologer came to the house of a poor man, who was quite dejected due to his poverty.

The astrologer asked, “Why are you unhappy? Your father left you vast wealth in the ground right beneath your feet in your own home.”

Astounded and overjoyed, the poor man realized he needed more information, “How will I find it?”

Don’t dig in the southern side. The wasps and drones of the give-and-take method of karma yoga will sting you. If you dig for your wealth there, you will get reactions that will capture and disturb you.

If you approach your hidden wealth from the western side, the ghost of the raja yoga system will confuse you into thinking that by manipulating the subtle forces of nature to attain supernatural mystic power, you will become a controller. This idea is a phantasmagoria, but it will enchant you and take your attention away from your desired goal.

If you approach the treasure from the north, you will encounter the snake of jnana yoga and the grand impersonal conception of the Supreme. The snake will entice you to give up your individual identity and then swallow you, and you will enter an eternal coma. This will be spiritual suicide.

However, if you approach from the eastern side, with the help of Bhakti you will get your wealth easily. That is the direction of the sunrise, the direction that gives light. Such light is from the Source of all light coming from another realm, and it reveals the truth of Bhakti, the path of devotional service that cultivates divine love in the heart.

Sri Chaitanya explained that just as the words of the astrologer gave news of the poor man’s treasure, the sacred texts advise us about our relationship with the Supreme Person and explain why we’re in a distressed material condition.

Although assured of his father’s treasure, the poor man couldn’t put his hands on the treasure simply by knowing that it existed. He needed to know where to dig.

The sacred texts conclude that one should give up desire-driven activity (karma), speculative knowledge (jnana), and the mystic yoga system (raja, ashtanga, or hatha) and instead take to Bhakti, by which one can satisfy the Supreme Person.

Krishna says, “This Bhakti yoga system, which gradually increases attachment for me, purifies even the lowest person. In other words, anyone can be elevated to the spiritual platform by the process of Bhakti yoga, but this is not true of the other yogas.”

In an earlier chapter I said that each of the four yogas offers a different goal. This means there are different types of liberation. This is what Sri Chaitanya is speaking about in his analogy of the poor man. We have free will to choose different liberations.

Focus on that thought for a moment: there are different types of liberation.

The Liberations of the Yoga Paths

I think most of us, when we think about self-realization, or a final spiritual state, we imagine it to be of one type. We often have hazy concepts of what spiritual attainment means.

Vedanta describes that just as you make choices about a destination you’d like to visit in this world, you can choose your final destination.

The spiritual practice you undertake will deliver you to a variety of different destinations for the soul.

I think it’s important to consider that our choice of a path corresponds with a goal and we ought to choose the path that offers the goal we idealize. This isn’t often not the case. Of course, most people are nominally interested in spiritual attainment. In other words, they aren’t willing to make serious lifestyle changes that would guarantee them a spiritual goal. But even among the serious seekers, many people take up a practice without really understanding where it’s leading them. And our current proclivity is to pick and choose aspects of several paths instead of following one. This reduces the likelihood that the goal of any of the paths will be available to them.

The yoga philosophies are clear. Pick a path based on your ultimate ideal and follow it. Then you have hope of becoming liberated.

We said there is more than one type of liberation. What are they?

The different “states of being” a soul can enter and experience in a perfected state correspond to the characteristics of consciousness: Sat, Chit, or Ananda.

That makes sense, doesn’t it? The self, a unit of consciousness, can choose a state of being that most exemplifies one of its natural characteristics.

Achieving the Sat and Chit states are known as mukti. Being awarded the Ananda state is known as prema.

In this way there are two possible liberations for the soul and they are known as mukti and prema. Prema is known as vimukti, or the special liberation.

There are two further states we can come to experience. Mystics, seers, and sages have tried to express the experience of the self in these dimensions.

In the fourth dimension the soul is liberated from the clutches of the material world. The soul is freed from the illusion of misidentifying the self with the mind-body and fully identifies itself as a unit of pure brilliant undying spirit.

This spiritual state brings freedom from lamentation, fear, anger, and all suffering. No longer harassed by the karmic justice system, we can be at complete peace, and relish the happiness of the true nature of the self.

For many people this liberation means nirvana (to cease to exist) or sayujya (merging the self into the all-pervasive One). In both states of attainment, the soul attempts to extinguish its selfhood, its unique identity, personhood, and individuality.

By limiting its personal identity, the self’s experience in transcendence becomes limited. This liberation is something like the deep sleep we experience now, but it is forever uninterrupted. Some people call this state a spiritual coma from which we never wake.

We all know how deeply gratifying it is to sleep so soundly that we have no remembrance of our self, thoughts, activities that need to be done, problems in our relationships, unhappiness in the world, etc. We’re at complete peace. It’s wonderful, isn’t it?

But there is more to transcendence than unadulterated peace.

The liberation granted by Bhakti, or the fifth dimension of consciousness, invites us to a world of spiritual emotion, activities, and relationships.

Beyond peace there is love. Achieving the goal of Bhakti, we receive a spiritual identity and divine body to engage in loving exchanges with our Source and other perfected beings.

Prema, or divine love, is a state of being that exalts and elevates the self instead of extinguishing it. The depth of experiences and variety in prema make mukti appear insignificant and unattractive. In mukti we sit peacefully without any interaction (eternally); in prema we are peaceful and then we get up to dance with our friends and our Source.

In this way, there are five dimensions of consciousness possible for the soul: wakefulness, dreaming, deep sleep, transcendent peace, and divine love.

A full discussion of these types of liberation is beyond the scope of this work. But I can say that Bhakti is the only path that brings the soul to its fullest expression. The other three yogas take the soul to partial states of perfection.

← A Daily Bhakti Practice The History of Bhakti →